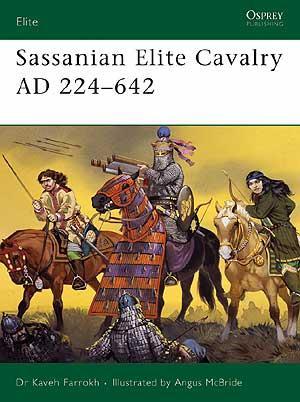 The Sassanians are one of history’s most enigmatic dynasties. Dr. Kaveh Farrokh has written the first book to be ever written exclusively about the Savaran (elite knights) of Sassanian Persia. Despite very little “press coverage”, these Persian knights inflicted upon Rome, some of her most desperate defeats. The Savaran blocked the Romans from gaining control of the Silk Route and denied their expansion towards China and India. They also fully avenged the conquests of Alexander the Great, almost a millennia before them. Many westerners falsely believe that Alexander’s conquest of Persia was final. In reality, Persia recovered, not only to expel the Greeks from Persia under the Parthians but to challenge Rome itself under the Sassanians. Farrokh is correct when he notes that Persia was “the other superpower”.

What is also unique about the title page of Dr. Farrokh’s book is how it dispels current stereotypes about Persian women in today’s Western world. The figure to the right of the picture shows a Persian female warrior/governess known as the Paygospanan Banu (see close-up below):

She has fired arrows into two Turanian warriors and is about to draw her fatal arrow against them. In the middle is a late Sassanian commander knight (Framandar) and to the left is the Marzban of Abarshahr who has drawn his sword. In Sassanian Persia, women acted as warriors, commanders, and leaders. I was especially fond of the reconstruction of Khosrow II and his beautiful queen, Shireen (see below). 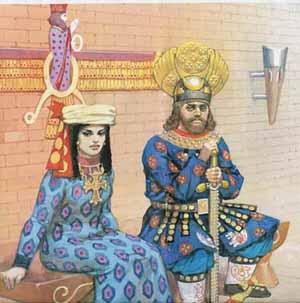 Dr. Farrokh’s reconstruction of Shireen’s dress is based on his research at Tagh-e-Bostan (near Kermanshah) as well as isolated regions in western Iran, especially the Qaderi Kurds, among whom many Sassanian female dresses still survive. As you see in the reconstruction, Shireen was a Christian (note her cross).

Dr. Farrokh’s book is replete with major color painting reconstructions of the Sassanian knights, their ceremonies, medallions, flags, and tactics. There are also many rare photographs in the book. Seven of the full color restorations have been made by Angus McBride, a world class historical painter with decades of distinguished achievements. McBride was given original drawings by Dr. Farrokh along with detailed instructions as to make his color paintings possible. These are spectacular and bring the forgotten Sassanian men and women to life. It took Dr. Farrokh 17 years to complete his research for this book. There are references to the elite units of the Savaran, such as the Pushtighban (see below): 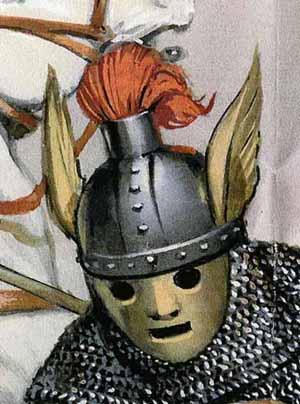 At first glance, the above painting resembles a “European” knight. In fact, these types of knights first appeared amongst the Iranian peoples and the Sassanians in particular.

Despite their downfall in the 7th century AD, the legacy of the Savaran endures in Europe, the Caucasus, China, India and the Muslim world. It was the elite cavalry of Sassanian Persia who were the forerunners of the later Medieval European knights, the Arabian Faris, the Caucasian horsemen, the Indian Suwar (derived from Persian Savar), and the Turkish Tarkhans. This book has bought an almost forgotten great people back to life. Every year we seen dozens of new books about Rome and Greece in western book stands, and very few book of the caliber of Dr. Farrokh’s book about Persia. It is my hope that more books like these will be printed; after all Sassanian Persia and her Savaran knights are an important part of world civilization. 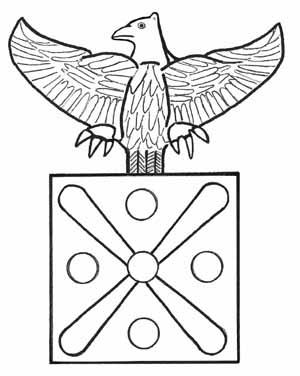 The above depicts the banner of Persia’s mythical hero, Kaveh. Dr. Farrokh displays all the banners used by the Sassanians during their reign. Note how similar the eagle symbol is to that seen among many nations of the world today. Persia has given so much to the world and is appreciated so little.